If you pay any attention to high fashion, you’ve probably noticed a shift in recent years. Sleek evening dresses and fine tailoring haven’t disappeared entirely, but outdoor and hiking influences have been steadily infiltrating runways. Louis Vuitton, Givenchy and Prada are all currently selling their versions of hiking boots, a trend that began with independent designer Martine Rose in 2015. Sacai’s recent collaboration with The North Face became a surprise street style hit, popping up in street style photographs of superstar stylist and former Opening Ceremony buyer Kate Foley, as well as mega-producer Pharrell Williams. Even Vogue, America’s most stately fashion bible, recently touted polar fleece as a must-have item for Spring 2018. In 2016, the global outdoor apparel and footwear market was worth an estimated $43.6 billion, so perhaps it’s not surprising fashion labels are finally getting down with the gear.

But designers and fashionistas adopting technical outerwear and boots are mere arrivistes to the outdoor scene, arriving on the coattails of the ’80s NYC teenagers who pioneered outdoor gear as an urban style statement. In fact, the current ubiquity of outdoor gear in fashion stems directly from a combination of this youthful creativity, the new reality of climate change, and a broader thirst for authenticity in the culture at large.

New York City winters are cold ordeals of freezing rain, snow and howling winds whipping off the rivers and biting to the bone. According to ’80s city lore, young drug dealers posted up day and night on the corners of the Bronx, Brooklyn and Harlem were the first to realize that outdoor gear designed to keep climbers alive in subzero temperatures provided the perfect way to keep warm. Graffiti artists exposed to the elements as they wrote at night also found outdoor apparel and footwear suited their needs. The fact most of this gear was brightly colored, expensive and intended for wealthy hikers and skiers only added to its allure.

It’s unclear exactly when outdoor gear was first worn in an urban context, but the trend began sometime in the late 1980s and became de rigueur by the early 1990s. Although he’s not from the East Coast, rapper Sir-Mix-A-Lot of “Baby Got Back” fame released “Goretex,” an ode to waterproof boots, in 1989. Indeed, GORE-TEX® was an early favorite among urban outdoor gear enthusiasts and the rappers inspired by them, starting a craze for waterproof boots continuing on the East Coast to this day. Soon exotic, GORE-TEX®-lined boots from Europe and the American West were everywhere in New York, with young people and rappers sporting Dolomite Tibets, Asolo Fugitive GTXs and Vasque Sundowners.

Introduced in 1991, The North Face’s Steep Tech jackets were also an early urban favorite, leading to an obsession with technical outerwear among New York City kids and eventually hip-hop fans worldwide. Artists like Big L and Mobb Deep famously wore Helly Hansen, while underground favorites Black Moon sported vivid Columbia rain suits in their 1993 video for “Act Like U Want It.” All the while, everyone from Notorious B.I.G. to Lauryn Hill kept rapping about GORE-TEX® and The North Face, helping make the brand’s Nuptse 700 goose down puffer into hip-hop’s official jacket of the ’90s. By the end of the decade, hip hop fans and graffiti artists were also fetishizing Arc’teryx, stealing the technical shells from stores in droves. New York City’s obsession with outdoor gear continued well into the 2000s and as recently as 2013, Marmot had to stop making its Paragon Sports-exclusive “Biggie” parka because it became a target of robberies and violence in the Bronx.

None of this initially mattered to high fashion houses, which are notoriously slow to respond to hip-hop call-outs or youth culture trends. But the emergent streetwear scene that melded elements of hip-hop, skateboarding, graffiti, surf and snow into an apparel style all its own was much more responsive. Way back in 2007, Supreme, New York’s streetwear king, released a collaboration with The North Face, kicking off a decade of yearly co-branded collections. Thanks to style-minded artists-slash-designers like Kanye West and Pharrell Williams, high fashion finally fell in love with streetwear. Drawing inspiration from it has made a select few, such as Demna Gvasalia of Vetements and now Balenciaga, famous on a global scale. Savvy Instagram It Girls Kendall Jenner and Gigi Hadid followed Kanye’s lead and brought streetwear to both high fashion magazines and middle American living rooms. In 2017, Supreme created the ultimate high fashion takeover when venerable French fashion house Louis Vuitton sought out the streetwear retailer for a collaboration intended to add a dose of 21st century authenticity to its storied label. Although that collaboration featured few truly outdoor-inspired looks beyond a fanny pack or two, the progression is clear: a look that once appealed only to outdoor enthusiasts is now high fashion thanks to some New York corner kids, rappers and skaters.

All this attention has been something of a windfall for outdoor gear manufacturers and fans, as the high fashion collaborations keep coming and many more technical brands leave their footprints on cool kid culture. In addition to a slew of mentions in Vogue and their Sacai collaboration, The North Face just released pieces from a partnership with avant-garde Japanese designer Junya Watanabe that will continue into Spring 2018. This October, the retailer and oracle of coolness Opening Ceremony surprised everyone with an exclusive Columbia collaboration, featuring polar fleece shirts, vintage-style parkas and rain hats. Meanwhile, Pharrell Williams himself came out with a well-timed “Statement Hiking” collection for adidas as part of his ongoing work with the athletic giant.

This year’s most striking example of the impact outdoor has made in high fashion comes via Kanye’s pal and former streetwear designer Virgil Abloh, whose label Off-White rose to prominence largely due to his eye for incorporating key street-approved outdoor details into his runway collections. After commissioning a pair of hiking boots from Diemme for his mountaineering-inspired Fall 2015 collection, Abloh doubled down on the aesthetic by releasing an entire series of Off-White “Cordura” hiking boots. The style became a cult hit, which led to a collaborative update with Kith’s legendary footwear designer and retailer Ronnie Fieg in extremely limited-edition for their 2017 “Off-Palette” collection.

But beyond all this, we’re most excited to see the continual influence of outdoor gear on new macro movements in the culture at large. The so-called “Gorp-Core” trend has led to celebrities and New York icons as diverse as Shia LaBeouf and A$AP Rocky wearing Patagonia, a brand traditionally off the radar of both fashion and hip-hop. Cool collaborations aside, if former child stars and trendsetting rappers wearing the exact same Patagonia fleece Snap-T proves anything, it’s that what keeps drawing new adherents to outdoor gear is a solid history of innovative utility favoring performance rather than image while still looking great.

This article was originally published in RANGE Magazine Issue Eight. 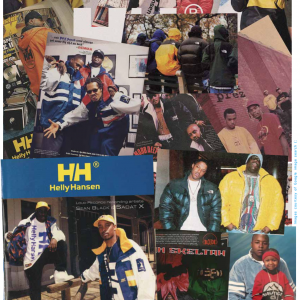 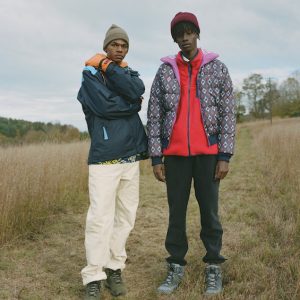 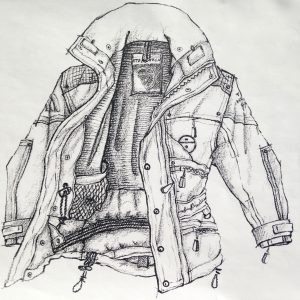 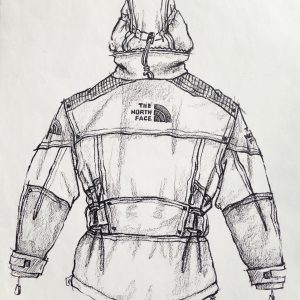 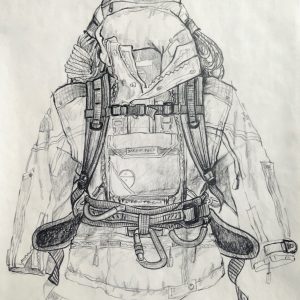 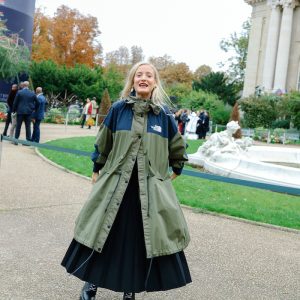