Being in the military is, by nature, an outdoorsy occupation, but Stephen Martin’s time in the service was more of a “forced outdoor experience.”

“I was a bit lost when finishing up high school,” says the Dallas, Texas native. “Some hard times had left me longing for a get-out-of-dodge, momentous occasion. That just somehow wound up being the military.”

Martin was the first member of his family to sign up for the service, a whiplash decision he made after meeting with a recruitment officer. “I shit you not, three weeks later I was off to boot camp,” remembers Stephen, who would go on to spend eight years in the Army. “If you think I didn’t have immediate ‘ugh, I made a mistake’ notions, you’d be wrong. But I stuck with it, and realized it was something I was really good at. Discipline, responsibility, honor…all of it gave me such a sense of purpose.”

Like many veterans, when Stephen left the military and moved to Colorado, he missed the sense of connection he had with his fellow service members. As he slipped back into the regularity and routine of college classes, he mentioned to his sister — at the time a vet with a local animal clinic — that he was considering getting a dog.

“While she was rolling into work one morning, a shelter was bringing in a puppy — not just any puppy, but the cutest puppy my sister had seen in a while,” Stephen says. “She walked up to the shelter rep and said, ‘I’ll be taking that dog, that’s my brother’s dog.’”

That dog was Ollie, the shaggy, cream-colored, perpetually smiling mutt who has garnered an ambassadorship with Ruffwear and thousands of fans on Instagram as @explorewithollie. The account is an ode to the duo’s inseparable bond and thirst for adventure — since meeting, Stephen and Ollie have summited an incredible 37 of Colorado’s tallest mountains together.

“Ollie was one of the last dogs allowed to go to Havasu falls before they stopped allowing them,” says Stephen. “We’ve kayak camped on Lake Powell’s beaches, visited the Grand Canyon together for the first time, and road tripped to Oregon so Ollie could see the ocean for his sixth birthday. It was an experience I wouldn’t want anyone else to be by my side for except Ollie.”

Ollie has recently had some medical concerns that will put a limit on how difficult the duo’s outdoor excursions can be for the time being, but their adventures have already led Stephen to pursue a new career as an outdoor photographer. And aside from inspiring Stephen to get outdoors and experience nature as what he calls an “impactful and transformative place,” Ollie has also helped the veteran cope with the ever-present changes post-military life has presented.

“You become comfortable with [your fellow service members’] support and in relying on them to get through the good and bad. When I separated, I lost that,” explains Stephen. “I felt very alone and on my own. Coping with these changes hasn’t been easy, but I know damn well that Ollie has impacted my strength and perseverance more than I could have ever expected. Having a pet has given me a sense of responsibility outside of myself. He’s pushed me to live life larger than I ever thought possible.

And while we can’t actually tell our pets how much they mean to us, Stephen has some ideas on what he’d say if he could: “I would tell him that every time I leave to go to work or the store, I will always come back! I would also assure him that if there is ever bacon being cooked in the house, that he will damn sure get a piece.” 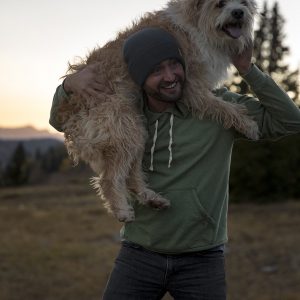 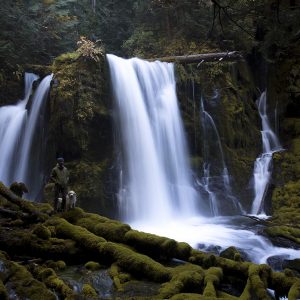 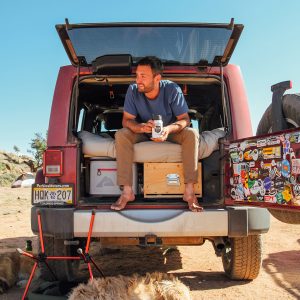 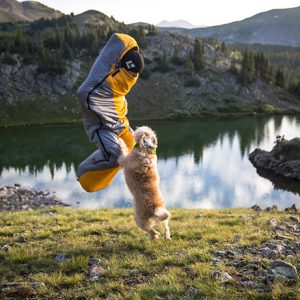 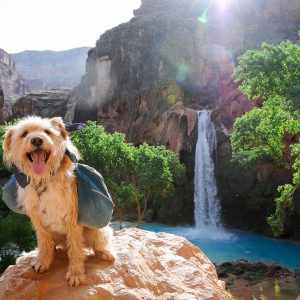