Ticamide (TEE-kə-myd) is a new American sportswear brand with a message. After his brother, Timothy, passed away in 2005 due to complications from a Traumatic Brain Injury (TBI), Maz McWilliams started The Timbo Fund with his family and friends, a nonprofit organization helping TBI patients and their families. To raise awareness for TBI, McWilliams created the #amelonaday Instagram campaign, which has inspired others to tag their photos and spread the word. The melon serves as a symbol and a visual reminder to protect your dome and be here now. McWilliams continues to give back through Ticamide, his new U.S.-made line of menswear basics and outerwear.

He dedicates 2% of its revenue to support the survivors and thrivers of brain injury. We spoke with Maz about his journey from raising funds and awareness to launching a clothing brand with a charitable component.

Q. Beginning in March 2014, you carried a melon with you for 100 days and photographed it as part of your #amelonaday project to raise awareness of Traumatic Brain Injury and promote mindfulness. What motivated you to start #amelonaday and how have others become involved?

A. I was conflicted by the limitations I was putting on myself when it came to answering the question, “What can I do?” There were several forces at play when the “melon” surfaced, but mainly I just wanted to get a reaction that I hoped would inevitably lead to more awareness for the cause. Creativity is contagious and Instagram is a powerful tool.

Q. What mindfulness practices are part of your daily life?

A. Meditation has been a big part of my life for several years, but I’d be lying if I said I managed to do it each day. There are times when I string weeks together and times when I wish I could, but I’ve found a big part of being mindful is forgiving yourself.

Q. Do you think being in the outdoors encourages mindfulness and how does Ticamide clothing fit into that?

A. Yes, being outdoors certainly encourages mindfulness for me. I’ve always loved being outside and that world influences the pieces we make heavily. However, there is a duality to living in NYC that can’t be ignored. You have to work harder to “get out” sometimes. In no way is it a trap, but like anything else, there is a rhythm that can be easy to succumb to. The clothes we make embody both of those worlds, as well as the work that goes into keeping both of them relevant in our lives.

Q. After the loss of your brother Timothy, you helped to start a nonprofit organization to raise funds and awareness for Traumatic Brain Injury. How did that experience influence the creation of your brand?

A. I’m certain I wouldn’t be doing what I am today if it wasn’t for my experience in the nonprofit world. The idea of creating something bigger than myself has always been the driver. I think it’s easy to get caught up in your own “stuff,” but it’s much more challenging to step outside of that and do more.

Q. A lot of designers create the clothing first and then shape a brand identity around it, but you did it the other way around. What advice would you give designers or entrepreneurs just beginning with a concept?

A. I can only speak from my own experiences. That said, I became fed up with not having a product yet and letting that hold me back from discovering the rest of the brand. #Amelonday was my teacher in that way. It taught me how to let go of the creative rules I had manifested, and I stopped saying, “I can’t do that,” and started thinking, “Why can’t I do that?” That was huge. The limitations I put on myself scare me more than anything, but they also motivate me to destroy them.

Q. What kind of person are you making clothing for?
A. The clothing brands I always thought were the coolest had a built-in exclusivity. I’ve grown to despise that. I’d be lying if I said there was an exact mold. I hope we continue to be surprised by the friends that come along for the ride. Ticamide is inclusive.

Q. What is your favorite Ticamide piece to wear yourself?

A. I’d have to default to what I wear most. The Veedon Crewneck is an almost everyday thing. It’s the best sweatshirt I’ve ever owned.

Q. All of your clothing is made in the USA. Is manufacturing in the U.S. important to your brand identity, and what are some of the benefits and challenges associated with it?

A. I grew up in a family that had a 130-year-old family-owned and operated forge shop. It was one of the last of its kind. Producing here in the U.S. is more or less in my DNA. I’ve had a lot of opportunities to produce elsewhere, but I couldn’t bring myself to do it. There many challenges associated with it, but I still believe if it’s done right, there is nothing like it.

Q. Your vision seems to be constantly evolving. What are some of your plans or goals for Ticamide in the coming year?

A. Things are just getting started, lots of big ideas on the board, but this year will be all about growth, expanding our brand awareness and improving our process and product. We have lots of stories to tell, and this year is about telling them. I want to tap into perseverance more, not only our own, but everyone else’s, too.

Q. You have a podcast series in the works. What is the format, and what kind of content and themes do you plan to explore?

A. Before Ticamide opened, I spent a lot of time connecting with people and building relationships. This involved long talks with people who most inspired me. At a certain point I thought, “We should be recording these calls.” That’s what prompted the idea for a podcast series. For starters, we want to take some of the topics like mindfulness and perseverance that we’ve been speaking to on our Instagram feed for years and engage with brand influencers about these topics at a deeper, more personal level. At the core of Ticamide is a thirst to relate to as many people as possible. I think we are all so similar, but naturally we are reluctant to open up and be vulnerable.

Jen Abercrombie is a lifelong Californian with a love of cycling and the outdoors, who spent 12 years as an independent retailer in Los Angeles. She has a background in graphic design and works with active brands in social media and content creation. A self-described “word nerd,” she appreciates a clever caption. 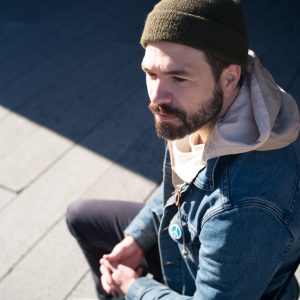 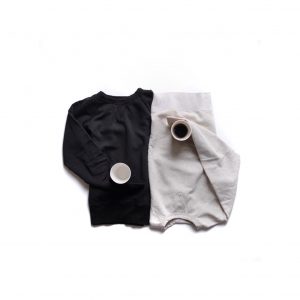 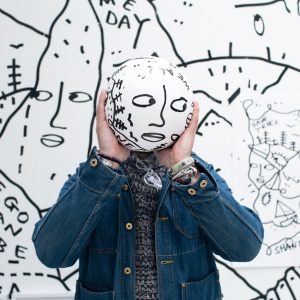